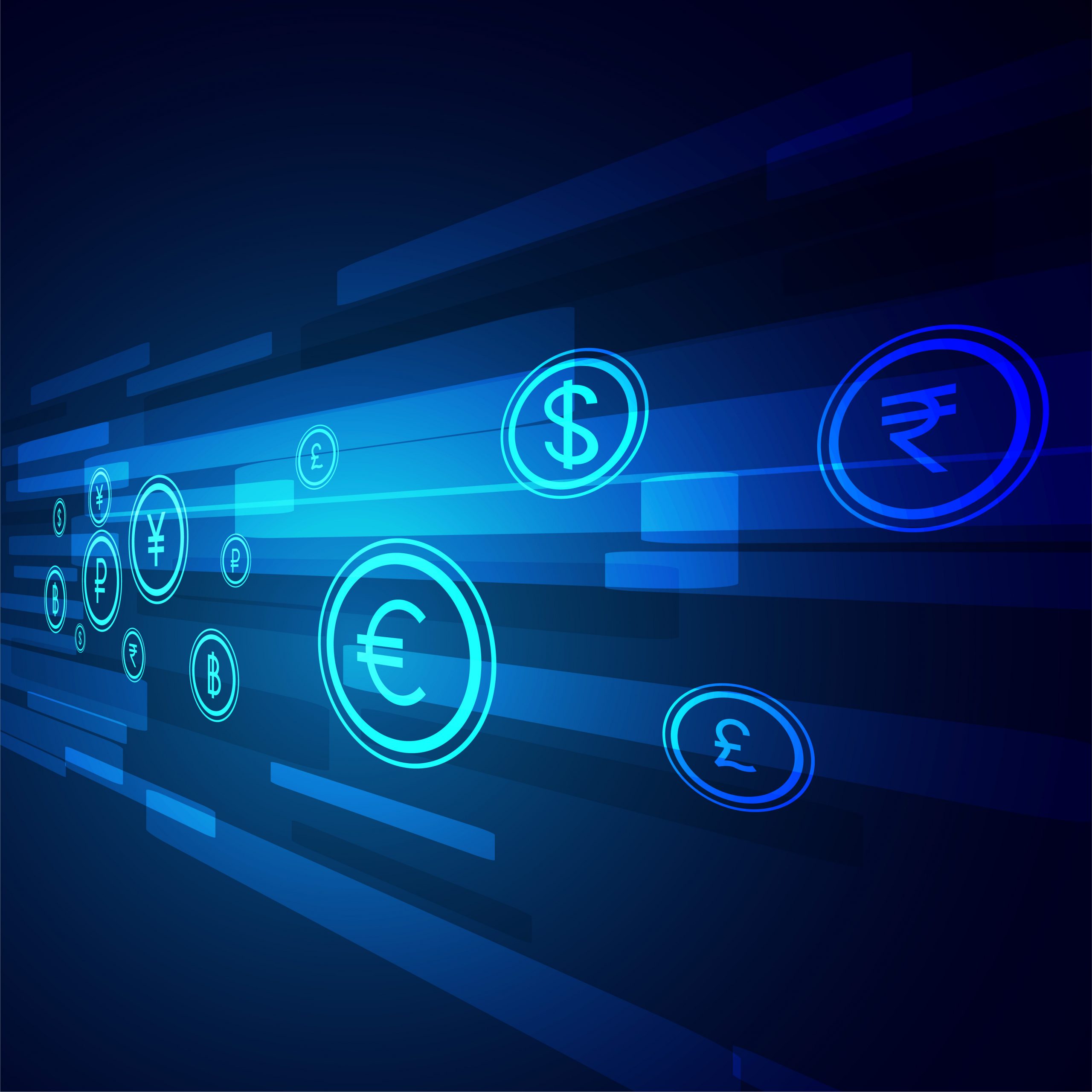 The Recover From a Drawdown in Forex

Losing money is part of the game and it’s called ‘drawdown’. Losses in the forex market inevitable happen to all of us, but what is the real cost when you lose? If you have a big drawdown, you’ll need big gains to get back to where you started. In this video, I’ll show you a graph that illustrates the damage of excessive drawdown.

The biggest underestimation that many forex traders fall into, is the lack of understanding of what an uncontrolled losing period can have on our trading accounts.

Losing is all about money going out of the trading account. We’ve all been there. Highly unlikely to not have losses again in the future.

The drawdown is the difference between the highest value to the subsequent lowest value in the balance of your trading account. This shows the amount of money you lost due to losing trades.

Most people don’t realize it, but the drawdown can do a lot more damage to the account besides the lost capital.

Example: Let’s consider two dim performances on an equity curve. Trader A and trader B.

Both of them aim to target a 5% growth per year for the next 10 years. On the graph below, the time is on the horizontal axis (10 years) and on the vertical axis shows the percentage gain or growth in this period.

In the first year, both hit the target of 5%. In the second year, trader B has a losing period which resulted in a drawdown of 24%. 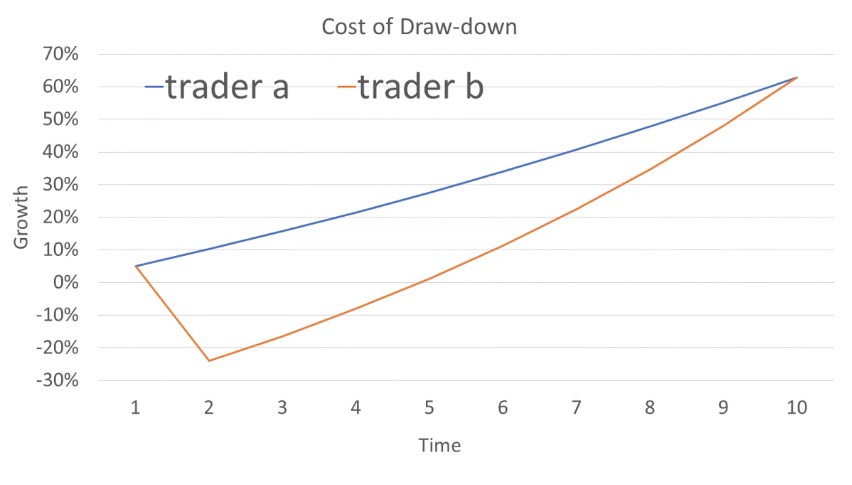 For the following eight years, trader B has to make double the initial targeted of 5% just to achieve the same target as trader A, which in this case has a gain of 63% over 10 years. So he has to make 10% per year to recover for one losing year. 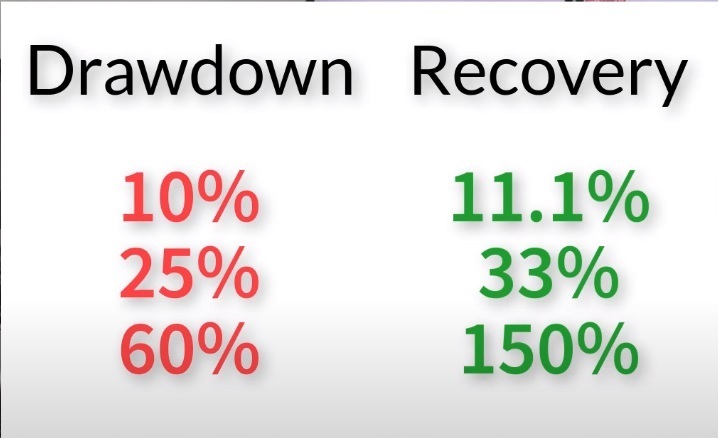 How to keep drawdown under control?

Drawdown is an integral part of trading, everyone goes through it, but what’s important to know is how you need to perform after the drawdown period.

One way to prevent this catastrophic drawdown is to trade with smaller percentage risk. If you have a back-tested strategy with a positive expectancy, you should have an indication of how the potential drawdown could affect your equity curve going forward.

It’s better to lower risk in drawdown periods, and maybe stop trading for a bit, in order to maintain discipline and keep emotions under control. Just like you set your risk per trade, you can also set a weekly or monthly cap. This means that if you lose 5% or more of your account, you must stop trading for a certain period.

Without a defined process you’ll be tempted to increase leverage, in order to get back your losses. Don’t make this mistake. Walk away and take a break from the charts instead.

Protect your capital at all times is the number one rule in Forex and you should always keep this in mind when trading the markets.