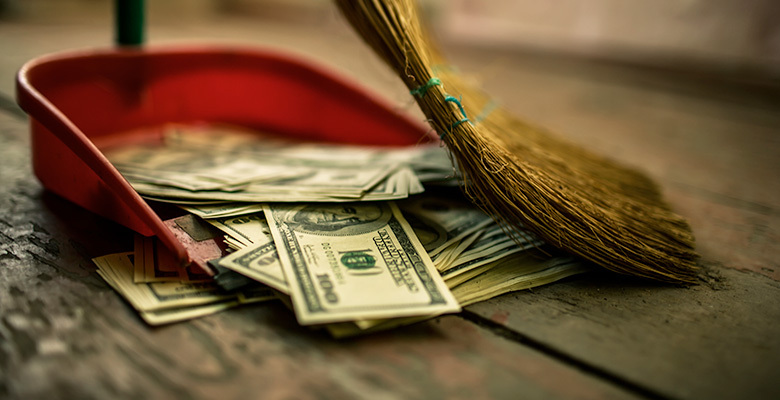 When to Give Up on a Strategy in Forex Trading

So how do you know when enough is enough?

Let’s hear what the big dogs are saying…

For those of you who’ve not yet read the book “Market Wizards: Interviews with top traders“, you really should. It’s fantastic.

Jack Schwager (Author) interviews several big dogs in the investment and trading world. He does a great job of formatting the book in a question and answer layout. It’s straightforward and easy to read.

One man Jack Schwager interviews isLarry Hite. From 1981 to 1988, Mint investment management company (founded by Hite) accomplished an average annual compound return of over 30 percent. It may not sound impressive, but if you knew the amount he was managing and how consistent these returns were (from a risk-adjusted perspective), you’d appreciate the achievement. Today they manage billions and have grown their credibility through their consistency.

Whenever I read a book, if I can extract just one or two points that I can use or relate to in a profound way, then the book was worth it. One of these profound moments for me, here, was when Jack Schwager asked Larry Hite the following question:

“Isn’t it possible that the markets can change and the future will be very different from the past?”

He reminisces a small anecdote and then follows on to say:

“The insurance business provides a perfect analogy: take one sixty-year-old guy, and you have absolutely no idea what the odds are that he will be alive one year later. However, if you take 100,00 sixty-year-olds, you can get an excellent estimate of how many of them will be alive one year later. We do the same thing; we let the law of large numbers work for us. In a sense, we are trading actuaries.”.

I read this book many years ago, and this answer got me into the world of statistics and trading today.

The point Larry is trying to make here is that even though he has his strategy, he doesn’t want to focus on the individual outcome of a trade nor try to predict it. Instead, he assesses a larger population (e.g. more realised trades) to make any assumption or conclusion.

We’ve all heard the game of coin toss…

I won’t beat a dead horse on this point. In the game of coin toss and considering probabilities, the odds of getting heads over tails on one toss is a 50/50 split. That is, if you only play the game once. However, if I asked you what the odds are that heads lands over tails, and we tossed ten times, what would your answer be?

Now play this same game a million times. What’s the odds of heads coming up over tails? You’ll notice it’s much closer to 50/50.

This is a fundamental principle of probability theory in highlighting “samples” over “populations”. The “population” might be a million tosses, whereas the “sample” is the ten tosses. You see, small samples deviate away from what typically happens in a larger population. These small “samples” (the ten tosses) can give a poor representation of what is actually happenning(the population).

Traders dump trading strategies for a myriad of reasons but more common than not they dump them because of this reason. You as a trader might suffer ten losses in a row. You’ve then dumped it, but Joe Bloggs keeps trading and hits a 30 trade win streak.

Now you might be thinking; “well yeah, that’s easier said than done to continue trading after ten losses in a row, but man, it doesn’t feel comfortable…” That’s because you don’t know enough about your strategy to trade it through choppy periods with confidence.

Armed to the teeth, locked and loaded…

Would you confidently go to war with no prior combat training or understanding of weapon handling? If you enlisted you’d have to, but I can only imagine how unconfident you’d feel (petrified!).

Thankfully our lives aren’t on the line so the analogy is a little heavy but either way, I’m hoping you see my point.

Why would anyone trade a strategy but not fully understand what kind of distribution of wins and losses might come around in future “samples”? What kind of draw-down is plausible (and beyond what you might have seen in back-tests…), what kind of standard deviation (volatility) is expected etc?

There are several major facets to profitable trading, and I am only grazing over one of them here (or rather, highlighting a common mistake people make!). Trading is as much about discovering these facets as it is about bringing all the pieces together. The discovery part is about wading through mountains of information online and trying to interpret whether it’s helpful or not. This can take years (seriously years), of going round in circles.